Preview of the Latest Microsoft Defender For Windows and Android Security

Preview of the Latest Microsoft Defender For Windows and Android Security 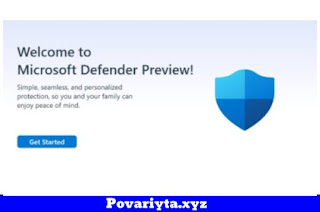 Microsoft's cross-platform preview version of Windows Defender, known as Microsoft Defender, can now be used to protect your Android phone as well as your PC or Laptop.

If you only have a Windows 11 PC, then this latest preview of Microsoft Defender is not recommended. However, it is very different if you have an Android phone. We recommend trying this interesting free tool that promises to monitor the files you download to your phone as well as the links accessed. (The Defender preview should also protect the Mac, though we haven't tested or confirmed this yet.)

Since January 2022, Microsoft Defender has been available for download on the playstore (for android) And we recommend that you install the application on your Android phone/tablet and PC, because Defender gives you an overview of how to protect all your devices.

Microsoft Defender will ask for permission to access Accessibility Services permissions on your Android device, which gives Defender this scope to scan links and apps. It will also require you to manually enable the permissions switch, something you might not normally do. Scans will run periodically, which will reduce battery life – but we can't say how much. It might be useful to check your Android settings to determine how many resources Defender is using.

Microsoft Defender doesn't seem like a tool that PC and Android users need. But for preteens and teens who have phones to keep in touch with their parents (and then perhaps decide to download an app without warning), Defender seems like a decent security guard to make sure they don't risk downloading. Apps that might end up stealing their data.