-->
Home Other technology Not Continuing His School To Play Games, This Teenager Earns Hundreds Of Millions

Not Continuing His School To Play Games, This Teenager Earns Hundreds Of Millions

Not Continuing His School To Play Games, This Teenager Earns Hundreds Of Millions 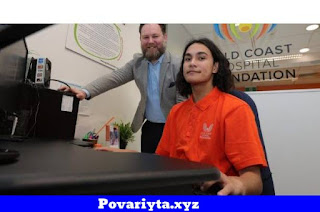 Completing school is mandatory for students so that in the future they can continue their education to a higher level or go straight to work. But there is a teenager from Australia who is desperate not to finish his high school level to become a professional gamer.

He is Alex Mackechnie who is still 17 years old. His determination to focus on becoming a professional fortnite gamer finally materialized, for which he has managed to get a prize of $ 45,000 or around Rp. 600 million.

Alex got the prize from playing the game Fortnite on the game's live streaming platform Twitch. Seeing the results his son can get, Matthew (Alex's father) agrees to his son's desire to drop out of school and focus on Twitch.

As reported by the Daily Mail, his father said that "Sometimes we compare how much we make in a day and sometimes he wins,"

Alex is currently ranked 77th out of 350 million Fortnite gamers in the world. "We're proud of him because he's not just doing it for the money. He did it because he wanted to be the best," said Matthew.

eSports is indeed increasingly promising lately and provides so many prize money. Epic Games as the maker of Fortnite regularly holds competitions. The climax is the Fortnite World Cup where the champion is certain to be rich.

There is also a 16-year-old teenager from the United States named Kyle Giersdorf who became the world champion in the top Fortnite tournament which was held in New York last year. Unmitigated, the young professional gamer got a prize of USD 3 million or in the range of Rp. 43 billion.