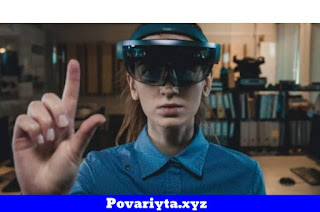 Mark Zuckerberg as the CEO of Facebook recently made a statement that shocked the virtual world, he said that later in 2030 everyone can teleport to any location he wants.

Mark added that teleporting to various locations is assisted by Augmented Reality (AR) which is attached to smart glasses. With this technology, everyone can travel anywhere and have meetings without physical contact. According to Mark, this method can also reduce carbon emissions in the future because the use of vehicles will automatically decrease.

Mark Zuckerberg when interviewed by The Information (7/3/2021) said that the project "The Holy Grail" of this social experiment is a technology that is able to make users feel coming and being present to other people's places. But the technology he was referring to was not yet complete.

The interview session was conducted at a time when the Facebook Company was rumored to be releasing a pair of smart glasses (Smart Glasses) this year. So Facebook is currently working on virtual reality products, namely Oculus Quest 3 and 4.

You should also know that this Oculus Quest is a device that supports the use of Virtual reality (VR) which is installed in the user's eyes.

As informed by The Independence page, Mark said he was predicting that in the future he would be able to have virtual meetings that could be done using some form of AR headset.

Not only Facebook which is currently working on AR technology projects, other giant technology companies such as Microsoft, Apple and Google have the same project in developing AR technology.

AR technology that is currently being developed is increasingly sophisticated, where the technology can place computer-generated graphics into the real world. Many analyze that this is a continuation of touch screen technology and smartphones.

Reporting from CNBC, Mark Zuckerberg said this that teleporting with AR technology later was very interesting, rather than making calls or video calls. Because with teleport you can come to the place of the person you want to visit and it's as if you can sit beside him.

It needs at least more than 10 million active VR users to have a large enough market that developers will be more interested in. Mark also said that in the new Quest version later, eye tracking and face tracking will be added to the animation that can be used to communicate.