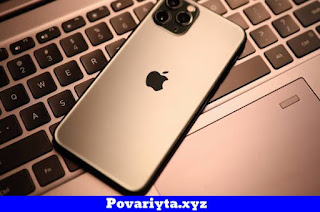 iPhone was again named the best-selling smartphone in the fourth quarter (Q4) 2021 by the global smartphone market research institute, Canalys and overtook Samsung, which was previously the champion.

According to the Canalys website, Apple triumphed after in Q4 2021 there was a 22 percent increase in smartphone shipments globally thanks to the iPhone 13 which was in great demand and returned to the top of the best-selling smartphone after the previous three quarters were dominated by Samsung.

According to research results, Apple is also back ahead because of good iPhone sales in China. In addition, the iPhone is also still being sold at the usual price, so its value remains strong.

Chaurasia as Canalys Analyst predicts that Apple's supply chain is starting to recover. But they are always forced to cut production in Q4 2021 due to a shortage of key components that make it not enough to meet market demand.

“In prioritized markets, Apple always ships phones on time. But in other markets, consumers will have to wait to get a new model iPhone."

In fact, Apple is not the only one affected by the chip crisis. Several other smartphone manufacturers have also been affected by this phenomenon, especially for low-end class phones.

He explained, smartphone brands have been innovating as best they can, familiarizing feature specifications with existing components, collaborating with chip manufacturers to secure supply, to focusing product lines on best-selling models.

Then in the other top 5 positions are occupied by the BBK Electronics, Oppo and Vivo industries, with market shares at 9 and 8 percent respectively.